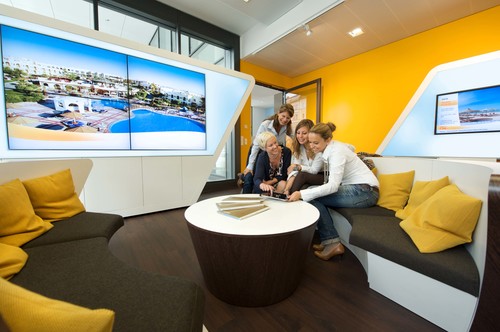 Sonnenklar is a travel agency located in Munich, which has a flagship store were keen to stake a claim as the first digital signage equipped travel agent in Germany.

Acquire were commissioned to put together the content, create a video wall and provide syncronised screen functionality. It was an extremely ambitious brief with a very tight deadline.

Acquire’s page-based ‘foreground/background‘ design function enabled users to mask parts of the screen. This was a very quick and powerful way to build up page templates, which all displays in store used. There were four displays in a two-by-two matrix set up as a video wall. Acquire has built-in functionality to create a single image, four smaller images or synchronised play-out over each display. 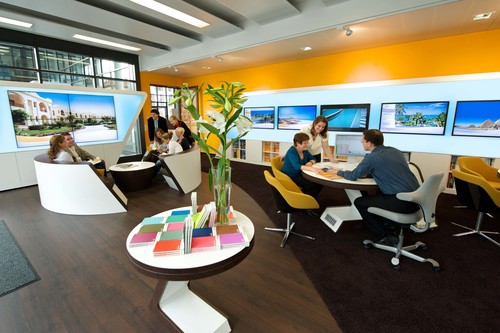 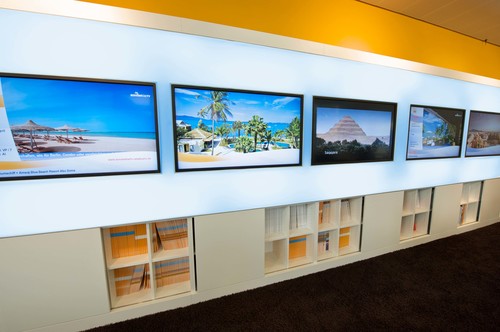 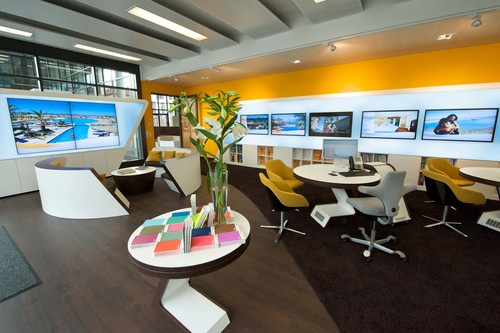